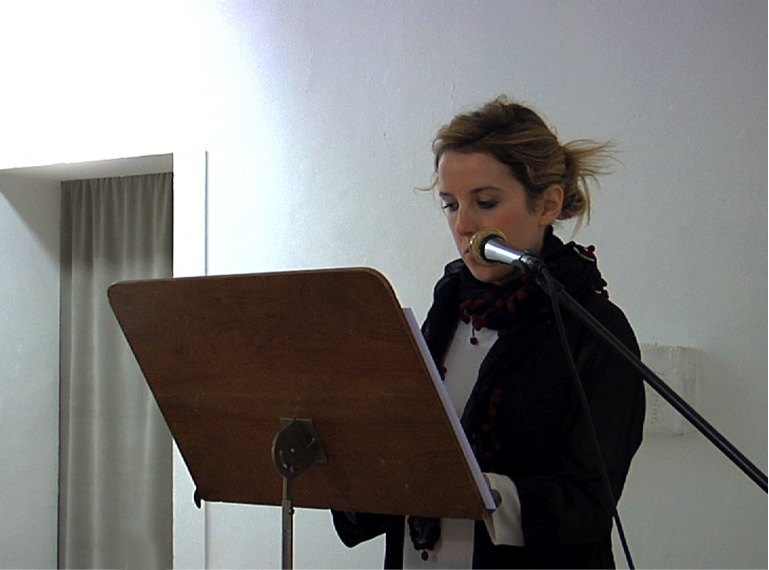 Alice Pamuk's work is of a delicate and imperceptible kind. It is often encountered through performance, sound installations and writing but mostly though a form of translation of language and its experience. Finding within the realm of physical experiences the formal impossibility is often transmuted by a simple twist of imagination. The acute transformed experience albeit simple and uncanny often triggers a paradox between the humorous and the conceptual.

After studying Japanese language in Paris, Alice moved to Brussels. She successively studied at l'E.R.G, graduated in drawing at La Cambre and finally obtained a Master's degree in Art and Public Space at the Royal Academy of Fine Arts of Brussels.

Visits
I am working with sound transitions in films. I listen to movies of all genre ( B-movies, TV series, auteur cinema, auteur-mainstream cinema etc.) to observe what sound changes are carried off and search singular or striking ones.
Then I step aside and build up short scene transitions. I use the space and its resonance characteristics as part material. The installation confronts sound liaisons previously composed which are distributed from unique sources with real-time sound composition as the sound sources coming from several speakers mingle in open space.
Events
Events
NOT out of sight, NOT out of mind
Female Filmmakers Network
GROWING smaller
Archive >
Viimased postitused
NOT out of sight, NOT out of mind
More info >