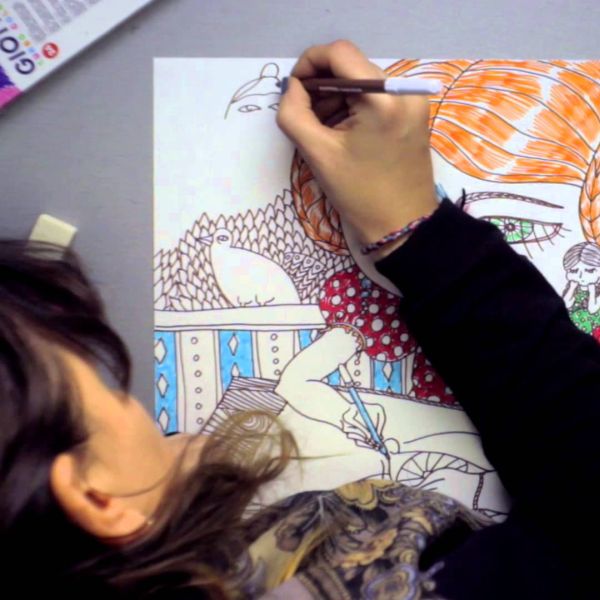 Ingrīda Pičukāne studied at the Visual Communication department at the Art Academy of Latvia and received an MA in animation from Estonian Academy of Arts. She works with different media (video, installations, comics, murals, performances, zines) and focuses on feminist issues and gender studies from artist's perspective. In 2017 she published the first feminist zine “Samanta” in Latvia which received wide and controversial reaction. Her comics have been published in many anthologies and magazines, including the Latvian kuš! and the Slovenian Stripburger.

Together with Sanita Muižniece we plan to make a fashion collection about weeds that are common in the gardens and meadows in Estonia and Latvia. The first one in the collection will be Nettle (Nātre) . The textiles will be accompanied by a small zine in Latvian and English about the particulal plant and its use in cooking. The other weeds of the collection will be: Gārsa (Ground-elder) and Pienene (Dandellion).