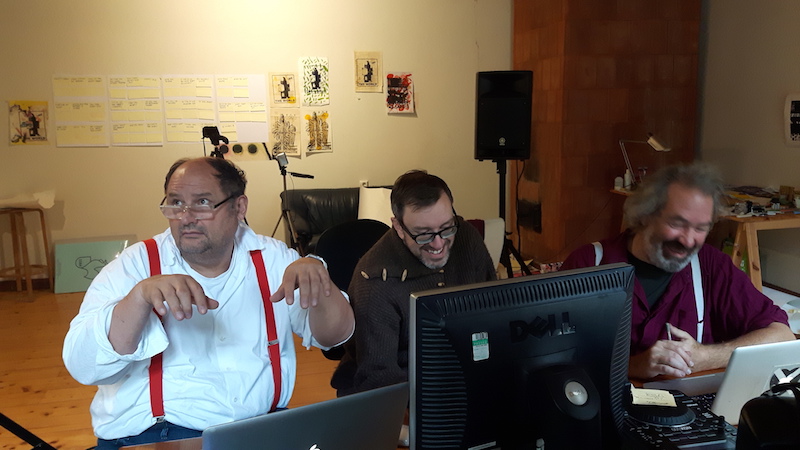 Karel Dudesek was born in Prague. He studied in Vienna and Düsseldorf, worked as an artist and musician and performed in the UK, the USA, Germany, Austria and France. He co-founded Minus Delta t, a performance and music group, which later initiated the Bangkok Project. In core the transport of a stone weighing 4.5 tons from Wales to India, this was a mobile art project which lasted continuously for about six years.

Twenty years ago, Karel Dudesek proposed a media experiment titled Piazza Virtuale to the curator of the documenta 8, Jan Hoet.Van Gogh TV consisted of Karel Dudesek, Benjamin Heidersberger, Mike Hentz and Salavatore Vanasco in those days. After sponsors and directors of German and Austrian television stations could be convinced to provide their broadcasting infrastructure, a container city was set up beside the Fridericianum in the center of Kassel. More than one million viewers per day could participate in this interactive television project which lasted for one hundred days. Van Gogh TV broadcasted all over Europe and was a forerunner prediction of social networks, which emerged a couple of years later.

In his academic career, he held university teaching positions in Vienna and London and was the initiator of numerous festivals and projects in Europe.