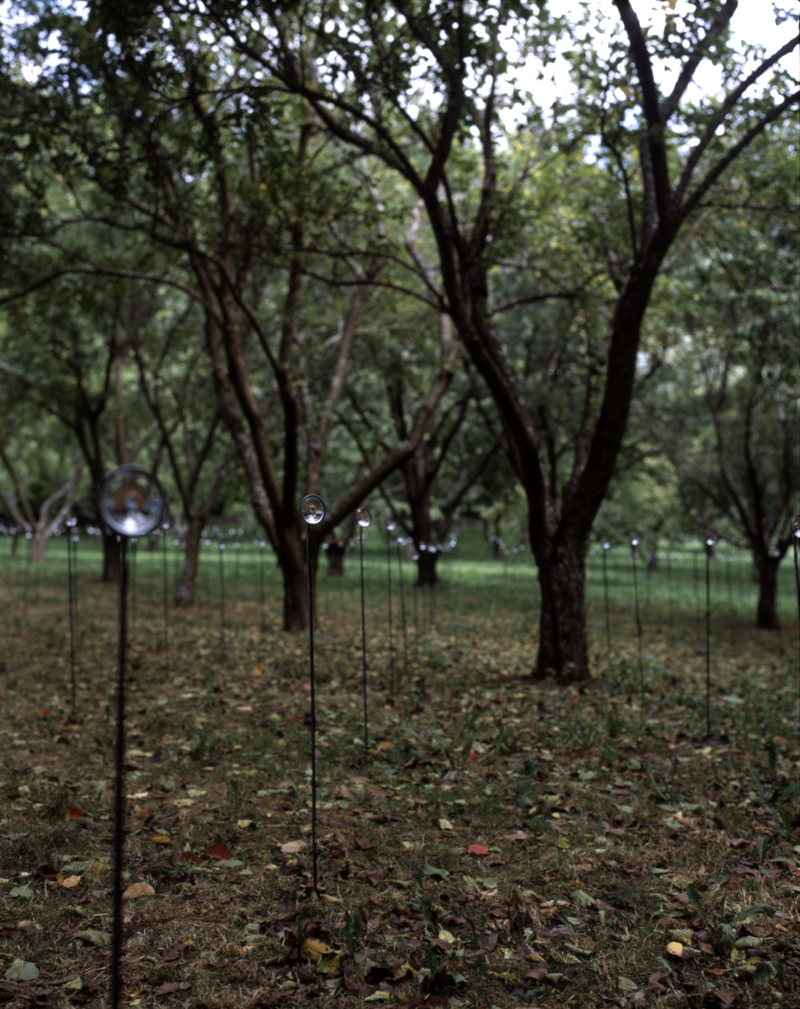 Delimiting a thin line, between organic and industrial sounds, objects and forms, which questions various natural elements alongside those man-made. While being recurrent to each element and common to every project, the concept of border is constitutive to my visual and sound installations. Occurring between audible and inaudible, monumental and insignificant, quasi-industrialized activities and craftsmanship, tensions between sonorous and visual elements address these minute yet persistent sensible relationships. In this sense, it is fundamental to my work to take into consideration the specificities of each location. Context and architecture are inseparable bases which give shape to site-specific pieces, sensitive responses to questions inherent to the space itself. Through minimal means and monumental projects, I aim for more than a personal point of view: while raising a singular state, the space is temporarily crossed by the audience who finds its own inquiries.

Rudy Decelière (FR): Born in 1979 at Tassin-la-Demi-Lune (FR), lives and works in Geneva Switzerland. He explores sound art mostly through installations, in both outdoor and indoor spaces, and in an ongoing relationship with environments, architectural elements and native soundscapes (Archipel 2003, Bex & Arts 2011, Abbatiale de Bellelay 2012, Jenisch Museum 2013). His parallel experiences as a sound engineer for film and a sound designer for interdisciplinary projects have led to multiple reflections regarding sound, its spaces and their relationships or limits with respect to music, giving rise to performances and multichannel works broadcast in specific contexts. Thanks to his experience in film, Rudy Decelière works mostly with concrete sounds, at times made abstract, testing the limits of the perceptions of the listener.