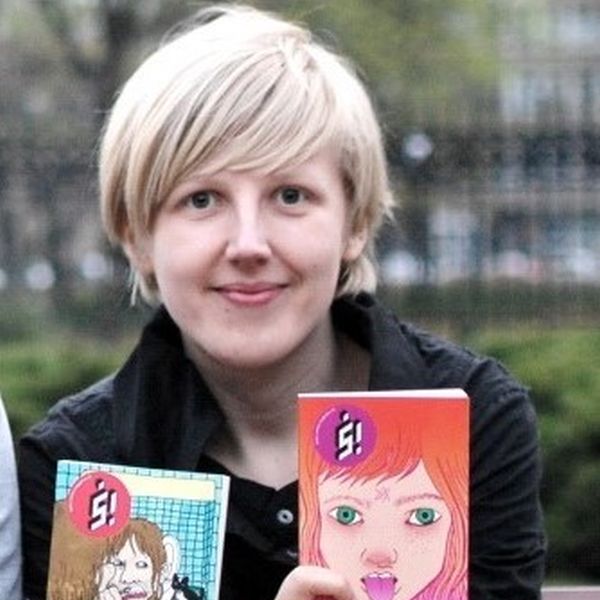 Sanita Muižniece is an editor at the independent comics publisher ‘KUŠ!” (komikss.lv), an editor with the children’s publishing house “Liels un Mazs” (lielsmazs.lv) and a curator of comics exhibitions, workshops, lectures and other events in Latvia and internationally since 2009. Her co-edited comics anthology “š!” was awarded the Prix de la Bande Dessinée Alternative at the Angouleme International Comics festival in 2012. Currently she co-curates “Micēlijs”, a gallery in Riga dedicated to showcasing the rising and established talents of the Latvian comics and illustration scene. In 2017 she co-organized the first Comics Summer School in Latvia in association with the POP-UP UK and Baltic illustrators exchange project.

Together with Ingrīda Pičukāne we plan to make a fashion collection about weeds that are common in the gardens and meadows in Estonia and Latvia. The first one in the collection will be Nettle (Nātre) . The textiles will be accompanied by a small zine in Latvian and English about the particulal plant and its use in cooking. The other weeds of the collection will be: Gārsa (Ground-elder) and Pienene (Dandellion).