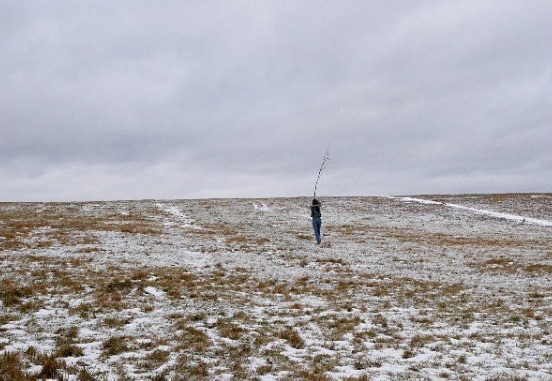 An independent artist based in Copenhagen working in the field of performance, writing, dance and choreography.

Graduated from LABAN Dance University in 2011 and has performed in various  projects during the past years both nationally and abroad.

Armstrong works both in solo contexts and collective collaborations and is interested in work that seek to either explore, damage or celebrate.

Her works are concerned around the social and political body and queer and feminist strategies as - failure, fluidity, chaos and silliness as another form of knowledge.

Sarah Armstrong has proposed project Fake Crystal- the effects of power. This collaborative residency will bring together visual artist Tina Damgard, curator and choreographer Ida-Louise Leclerc Larsen and musician Hari shankar Kishore. Residency will take place in 2 parts: in December 2016 and April- May 2017.

During the residency the main goal is to look at the effects of power in bodies. This will be investigated in relation to the subjective body, but also in terms of bodies affecting other bodies. Methodologies of choreographic and sculptural approach will be used, the effects of power will be investigated, how does it reveal itself in relation to different bodies, surroundings and conditions. Power meaning eg weather, landscape, language, breath, gravity, hierarchical and socio-politial systems, border and skin.