This perfomance was created during the process art and socially engaged theatre project artist Martina F.Kartelo did in artist in residency program in MOKS, Mooste, Estonia.

Starting point was to get to know estonian culture and mentality through interaction with locals of this particular place and also find "issues" inside that particular community but throughout her work, artist found quite difficult to interact with village in more productive, creative and constant work, or it was rather slow, so the project went in another direction.

With the collaboration with amazing two women who are working and living in village Laine and Krista this perfomance came to life.Artis and Laine were involved in writing a script and artist was also directing but majority was process and collaborative art where most of the tasks were shared among everybody who participated.

The script was originally written in english but then Laine translated it in estonian and it was based on the stories which Laine shared with artist through their collaborative work on the theatre workshop for children and youth in Mooste school as well as in Moks.

Also it was mostly based on real facts and events from Mooste and inspired by cat room in school in Mooste.

So artist get to know other much more local culture of Estonia and took it as base for artistic piece where perfomers were young people and children mixed with traditional folk estonian music.

The perfomance will be perfomed in local vollage theatre which is one of the cosiest theatres artist has seen till now.

Thanks to all who happened to be brave enough to involve with me in this adventure. 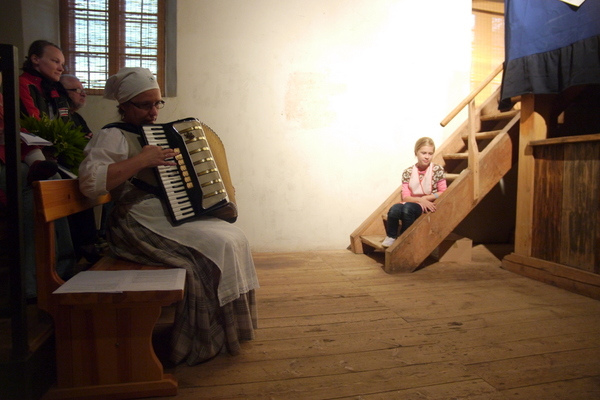 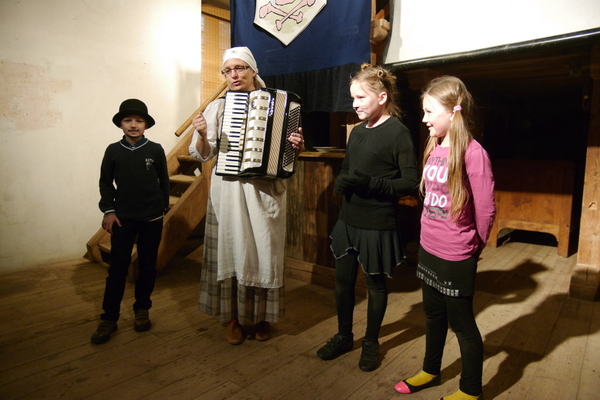