Tuesday, December 9th at 6pm at Tartu Artists House monumental gallery (Vanemuise 26).
The performative artist talk with Basil AlZeri about food as a medium/subject that deals with the problematic cultural appropriation, occupation and colonization practices will be lead by art critic and part time hedonist Indrek Grigor, who has lately him self become engaged with culinary criticism.

Basil AlZeri is a Toronto-based Palestinian artist working in
performance, video, installation, food and public art interventions.
His artwork is grounded in his practice as an art educator and
community worker, and engages with the intersection of everyday
actions and life necessities. Since 2011 AIZeri has presented a series
of food based performances and has been working on The Mobile Kitchen
Lab, a stage for his performances.

Canadian journal Fuse has described the political core of ALZeri's
practice in the following way: "Cuisine is a vivacious and mutable
cultural practice that has history and politics folded right into it.
Israeli appropriations of Palestinian ingredients and dishes are
illustrative; for instance, the rebranding of tabouleh as “Israeli
salad,” and maftoul (a small, round pasta made from wheat and bulgur)
as “Israeli couscous.” The complex etymology of the word sabra,
commonly known as the name of an Israeli-produced hummus, reveals a
complex history of linguistic colonialism. In Arabic and in Hebrew,
sabra is a generic word for cactus, plantings of which were used
pre-1948 to delineate borders between Palestinian villages. More
recently, in Modern Hebrew sabra has become the descriptor for
Israeli-born Jews — metaphorically and literally, the beneficiaries of
the clearing of the Palestinian cacti. In 1982, residents of the Sabra
Palestinian refugee camp in Beirut, Lebanon were massacred by a
Lebanese Christian Phalangist militia, in collusion with Israel, one
of the most brutal events in the history of the occupation. The name
of the hummus, so cunningly appropriated, can’t be separated from this
settler-colonial history".

The discussion is part of event series called MoKS meetings, what introduces artists- in- residence at MoKS. MoKS meetings hold in 2014 is funded by Tartu City 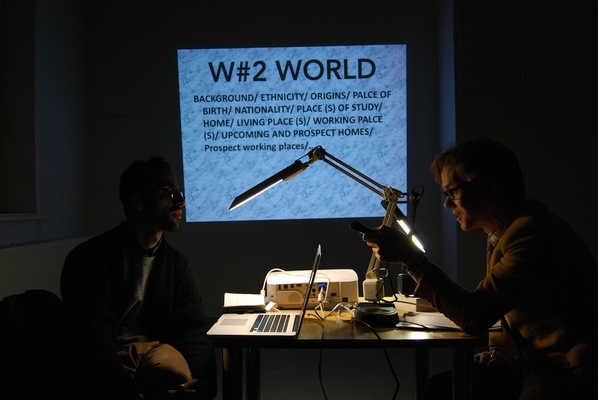 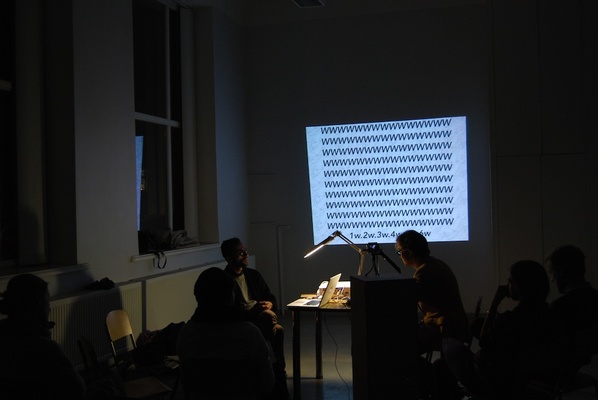