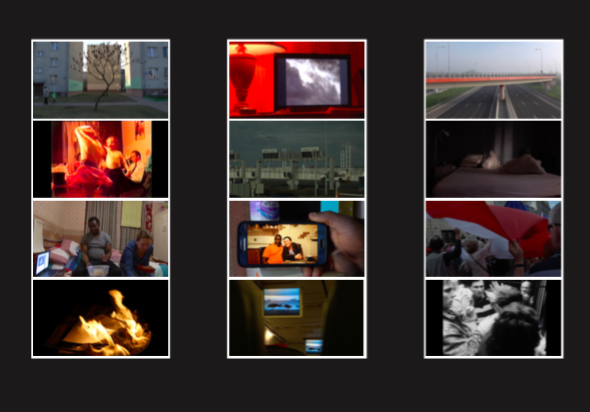 Marta Kucza: Trained in African Studies (Universty of Warsaw) and Visual Anthropology (Sound/Image/Culture programme in Brussels), I grew interested in filmmaking practices exploring relations of proximity with filmed subjects and worlds that exist beyond the film frame.

I care about the way we produce and share images. I believe they build and perform relationships.

I like following reality’s paradoxes and allowing mediated transformations of relationships and events to occur in a film. This position implies putting an emphasis on that, which we cannot control: focusing on events that confuse our understanding, on the medium’s capacity to transform us, and on our relationship with the filmed reality.

During this residency I will be working on my feature-length film The Places From Which We Are Absent. It is a personal, experimental documentary inspired by my long-term friendship with Kante, a Polish-Guinean who moves to the UK after 10 years of exile in Poland with a head full with an “Africa” that does not exist anymore. I share with him and the camera the paradoxes of my own life choices of a cosmopolitan migrant from the Eastern Europe belonging to the low-cost generation.

The film is an attempt to produce my and Kante's imaginary heritage in case our aventure (as French-speaking Africans call the risky enterprise of setting off for Europe) fails. I want to gather pieces of our fragmented home back together in a black box. I will be testing this experimental form, editing raw sequences shot over more than ten years with Kante and my family, with VHS home movies from my childhood in the early '90s Poland, and recycled images coming from our screens, skype calls and smartphones.